The great chief, who is a relative of King Ashanti, died lastday. We pray for the souls.
Therefore, the ceremony scheduled for August 30 will be postponed. We will contact you as soon as we know about the funeral and new dates.
The article about the death of the great chief will be omitted here in consideration of the emotions of the king and the people.
Thank you for your understanding.

Implementation of the official virtual currency certification ceremony of VIPSTARCOIN in Ashanti Kingdom has been decided!

The chief will carry out the official virtual currency certified announcement of VIPS!
The King will also attend!

Regarding the promotion of VIPSTARCOIN in the Republic of Ghana, ｗe would like to announce that the efforts of Mr. Maximoore and BM max enterprise have made it possible to obtain the cooperation of Nana Obrempon Kwaku Duah III, one of the paramaount chiefs of Ashanti Kingdom (State).

The Republic of Ghana is described as being made up of 16 states, but in fact many of the states are independent “kingdoms” and are monarchy by “kings”. Ashanti kingdom, of which capital is Kumasi, 2nd largest city in Ghana, is originated from old Ashanti kingdom, which was founded in 1670, and is considered to be the most prestigious of the 10 kingdoms.

Nana Obrempon Kwaku Duah III is one of the highest among the ten chiefs in Ashanti Kingdom, and owns about 1/4 of area of Ashanti with 600,000 to 800,000 people. From now on, He will instruct community to spread VIPSTARCOIN in the area and cooperate with other chiefs to spread throughout the Ashanti Kingdom.

Our partner msmm_foundation plans to support 2,000 street children in kumasi Ghana, by providing food and blankets with VIPS and MSM logo. This time they will use their money and not sell VIPS. But your donation is highly appreciated 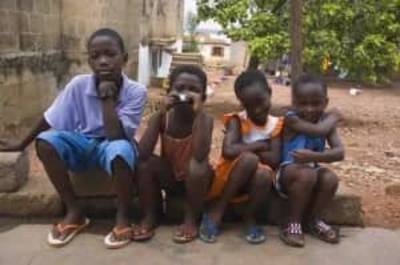